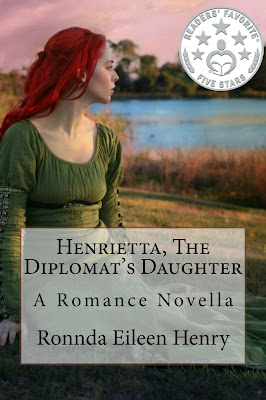 Henrietta, The Diplomat's Daughter is set in a medieval-like world and told, in part, through the eyes of a twenty-three-year-old scribe named Henrietta. Her father is a royal diplomat and has been assigned to complete a trade treaty and bring about a royal wedding between Prince Harold, a twenty-nine-year-old widowed father who is the nephew of their own King Lambert of Penruddock, and Princess Mai, the niece of a king in a far-off kingdom called Galicia, which is famous for the weaving of fine silk. However, just as they begin the journey to take the Prince to Galicia, he flirts with Henrietta, which makes her think very ill of him. What happens afterward is an adventure in murder, insurgency, upset stomachs, and romance as Henrietta and Harold face danger and find out what royal love really means. 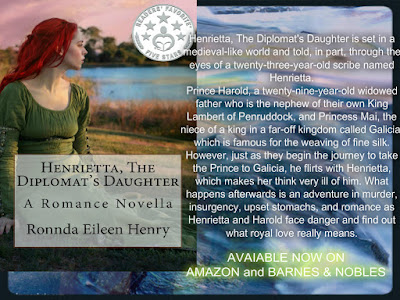 Love just seemed to be a backburner in this very juicy medieval murder insurgency tale. Overall though the tale, nevertheless, is about Henrietta and Prince Harold, whose romance is simple, sweet, and funny. When Harold tries to steal a kiss on Henrietta and she catches him turning away... it was just at the right moment. You can just imagine his puckered lips deflating at that moment in rejection.

I also love Henry's character development. Her characters have instant depth, are well rounded and solid. And she squeezes all that in a novella length book not once distracting from the flow of the tale. Henry has produced quite a list of short sweet romance novellas under her belt. I have read all of them as they are the perfect read for a busy mother of three. Henrietta, The Diplomat’s Daughter ranks in my top fave. 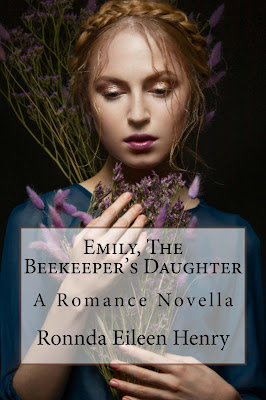 Sir Robin, a common-born knight, comes to Borrowdale valley as a young knight in service to the widowed Earl of Borrow. The Earl's youngest daughter, Lady Grace, who will come of age in a few months, decides she wants to persuade her father to arrange a marriage between her and Sir Robin. The other young knight at Borrowdale, Sir Andrew, is also a common-born knight. He was wooing Lady Grace before Robin arrived, but her interest in Robin quickly pushes Andrew out of her mind. Robin, however, is taken with Emily, the beekeeper's daughter. Out of loyalty to the Borrow family, she holds back her own attraction to Robin, leaving him to think that she has no interest in him. Will love win in the end? And if so, for whom?

AVAILABLE ON AMAZON and Barnes & Noble

Emily, The Beekeeper’s Daughter is a book to be adored. A poetic love web is one way to best describe this must gobble up this book. Henry writes her characters strong and instantly likable as we meet the handsome Sir Knight Robin coming into service to the Earl of Borrowdale. Robin is instantly smitten with seeing Emily and so is Emily. Her friend Grace and the Earl’s daughter has her sights on Robin too and let’s face it what the Earl’s daughter wants she gets. Unbeknownst another a young man-at-arms Andrew who has constantly been there to listen to Grace flattering her at any cost secretly pines for Grace as well. What ensues at the annual best of the best tournament is nothing but page turning goodness. How this love confusion turns out and how Henry makes poop romantic... you'll have to read for yourself! 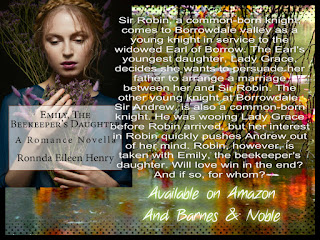 While I haven't had the luxury to read any of his books...yet I have spotlighted Joshua and J.C.'s books before on my site. Well, GUESS WHAT! Anaerfell, The Blood of Dragons, Book 1 is now FREE! Available wherever books are sold. No excuses now Get hooked on the magic! 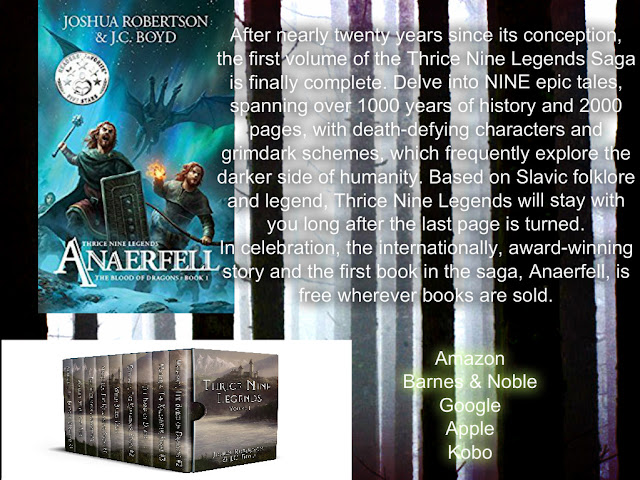 You know you are going to want to read the rest so here they are in chronological reading order for full enjoyment. You can search for any of the books anywhere books are sold.


Warden of the Ash Tree


The Name of Death


Heshayol, The Blood of Dragons, Book 2

HECK BUY THE WHOLE COLLECTION IN THE  Thrice Nine Legends Saga: Volume I 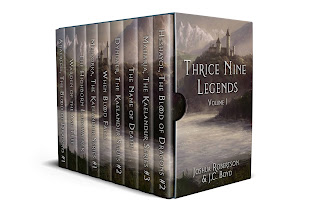 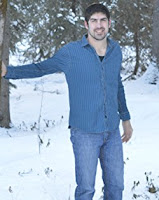 Joshua Robertson was born in Kingman, Kansas on May 23, 1984. A graduate of Norwich High School, Robertson attended Wichita State University where he received his master’s in social work with minors in psychology and sociology. His bestselling novel, Melkorka, the first in The Kaelandur Series, was released in 2015. Known most for his Thrice Nine Legends Saga, Robertson enjoys an ever-expanding and extremely loyal following of readers. He counts R.A. Salvatore and J.R.R. Tolkien among his literary influences.
Website
Twitter
Facebook Group
Facebook Page

J.C. lives in the Midwest with his wife and two dogs and has an M.A. in English Literature. The first novel in his world, Blood, and Bile, was released in 2017. Before completing junior high, J.C. had received his first box set of Dungeons & Dragons and devoured J.R.R. Tolkien’s The Lord of the Rings. Since, he has been heavily influenced by a myriad of fantasy authors, such as Weis and Hickman, Robert Jordan, and Ed Greenwood.