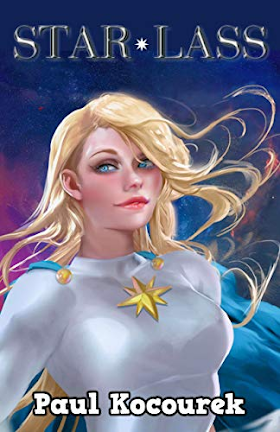 SHE FLED FROM ASSASSINATION…… pursued by a killer AI created by super-science. Princess Lassandra, with the help of her guardian AI, took a chance—her only chance—on an untested theory for Teleportation. What she did not know was whether it would work at all or where it would send her.Least of all did she expect to land on an unknown backward planet called Earth.She and her AI discovered a freak side-effect of the Teleportation had gifted her with superhuman abilities!Yet, the rogue AI, with a power beyond anything on Earth, successfully followed her intending to finish the assassination job, once and for all. 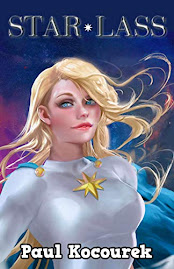 The only downer is the weird romance between Star Lass and her male earthling supporter, Dr. Steve Williams. It is a just little bit creepy culturally-accurate or not. Steve is produced as an aging man with thin graying hair I imagined 60's and Star Lass who is said to be 16 (and hot mind you.) Princess of the stars. The author tries to make the relationship rational with it being discovered that Star Lass is considerably older in earth years compared to her home planet. Yay, their romance is legal! No, it is still unpleasant to me. Plus, Star Lass and her AI companion Roby had more chemistry than she and Steve did.

Roby the AI is actually the true star of the book. I adored the character. That aside I can see Star Lass having a nice cult following. It's fun, action-packed, with a hint of taboo. Even though it’s part sci-fi, it doesn’t hurt your brain with too much technobabble. It’s like a comic book without the picture. 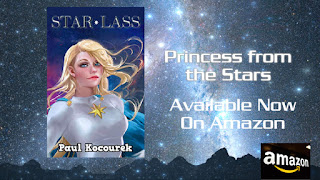