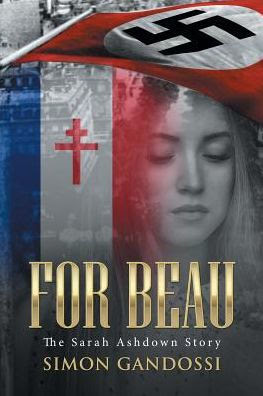 The ground shook with each bomb that fell on London. The night sky lit up, and the sounds of gunfire overwhelmed the city as our brave men fought back. It took so many bombs to fall on this great city to make the Germans realize that England could not be defeated. It took just one bomb to make one woman realize her true destiny.


Sarah Ashdown insurmountable guilt and remorse over the death of a young girl sets in motion one of the most unbelievable stories of World War II. An ordinary housewife who defied the odds to become one of the most wanted women in occupied Europe, her story of determination and courage will shock and inspire those who read it.

AVAILABLE ON AMAZON and BARNES & NOBLE

This book will haunt you days after reading. I am still haunted. Set in Britton during the height of World War II for Beau tells the moving and compelling tale basically of women’s secret participation in the World War. Sarah Ashdown is found and her story is remarkably harrowing.  Gandossi wraps history and fiction into a believability that harrowing and emotional. While this is historical fiction you can not forget that this fiction is not too far from facts. The character of Sarah Ashdown is probably based on a real person. I think that is what makes For Beau so heart turning.

Gandossi writes his words with passion making you unable to pull away. While I love history, historical fiction is not really my thing, yet Gandossi entertained me. Haunted me with his work. The only thing that bothered me was his use of italics. He used italics to represent the present and non-italics to represent the past. This disrupted my reading a bit for the editor in me would think the present would be in non-italics and the past in italics. That aside the book was enjoyable and Sarah Ashdown's harrowing tale will resonate with me for a while. 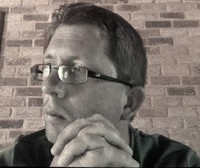 Simon Gandossi is a historical fiction author who was born and raised in Western Australia. From an early age, Simon discovered a passion for history and writing. It is that passion combined with his desire to bring to light different aspects of the past that makes him a unique writer.

For more information and Books by Simon visit him @http://www.simongandossi.com/

BOOK REVIEW: Shepherd of the Black Sheep by Kristopher Triana 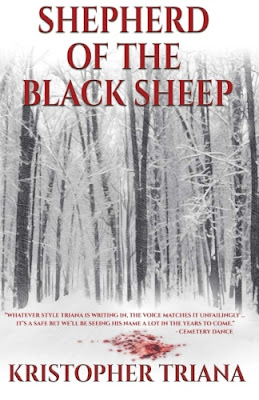 Vermont winters harden more than land.
After the untimely death of his daughter. Rancher Tom Hardgrave is given sole custody of his granddaughter, ten-year-old Paige. He desperately wants to be a good guardian, but the personal hardships keep coming for him and the child.
When an unknown assailant takes the life of Paige’s best friend, the police are baffled and the small town of Middlebury grows fearful and suspicious.

Hauntingly beautiful you will not be able to put Shepherd of the Black Sheep down. Kristopher Triana is in the likes of if I dare say, Stephen King. You are lulled into ordinary guy Tom Hardgrave’s cold world of Middlebury along with his sweet tragic granddaughter Paige. Then a child is murdered, and his granddaughter is the witness. Tirana grip has you now. You’re with Tom as his world goes into this unspeakable thriller that it is. In the end, the question remains. At what lengths would you go for your child?
Triana writing is superb. The book is set in winter so the overall tone of the book has this overcast melancholy feel it is so easy to get lost and transported like you were in Middlebury itself. Triana writes Tom with an odd likable and relatability even for a female reader. While this book is a thriller all the way it also has a hidden underlayer that I found pleasing. Not sure if I am correct or if it's just me but check out this book and see if you can find it too. 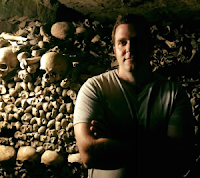 Kristopher Triana is an American author. His works include The Ruin Season, Body Art, The Detained and Growing Dark. His next horror novel, Full Brutal, is scheduled for release by Grindhouse Press. His fiction has appeared in many magazines, anthologies, audio books and on websites, and some of his stories have been translated to Russian. His novel Body Art was translated to German by Festa Verlag. His fiction has drawn praise from Publisher’s Weekly, Rue Morgue Magazine, Cemetery Dance and more. While primarily a horror writer, he also writes crime fiction, literary fiction, southern gothic, noir, westerns, and whatever else his brain sets ablaze.

More books and information about Triana visit him at his website
http://kristophertriana.com/