Is There Such Thing as Too Much Editing?

I am starting to wonder if there is such a thing as TOO MUCH EDITING. 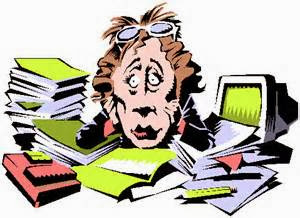 It seems editing is never ending process. Also I think the more you edit the more you can screw up some how. Maybe it's me personally. Isn't editing suppose to HELP!

Maybe the rule is that you should never edit past your bed time?

Never edit while holding a baby on your lap?

Never edit while you have twins who still don't sleep through the night?

You know I was so happy to here from a friend of mine who posted my book on her Facebook page that one of her friends picked up a copy of my book on Kindle. The person then said they notices some errors couple pages in. I apparently was forgive because this was my first book. It still crushed me because I edited the death out of my book!

I then realized well maybe I over edited. Is it possible to over edit?

I did spend many nights up way past my normal bedtime to get the book done on my scheduled release date(which was October 31st.). I even postponed the original release date (September). Surprisingly people  actually were starting ask where is the book they thought it was coming out in September and they had not seen it yet.I was sleep deprived a bit, and  I am a single mom of 9 month old twins plus an 8 year old. So trying to edit while taking care of cherub children was a task. In trying to correct mistakes I was making mistakes as well.

For example the typo that the person pointed out. Oh yes I remembered that. I HAD meant to correct that, but forgot where it was. That is what I get for editing  from backwards to forwards. By the time I got to the beginning I forgot what needed fixing. Real smart of me, but forgivable considering I never get a full nights sleep whether I am editing or not. I am not bitter at my babies who still wont sleep completely through the night, no no...well maybe a little but it's due to sleep deprivation,  and hormones.

I corrected everything in the Kindle version, but I can not change what is in print. Though its print on demand why can't I? People and their limitations pissh! Also Why did I not run spell check HELLO! I had myself editing, and a English degree graduate editing.Why did I need spell check? DUH! Then you had my eyes again on it checking the English degree graduate editing as well. Which was good, but I had to tweak here and tweak there so description or dialogue. I over tweaked maybe that was my issue. Add to that I also was nervous for I was self publishing my book! This was not an instant choice for me. I thought long and hard on this choice. I did research on the benefits of both self publishing and traditional publishing. I then looked at the style and topic of my book. Which direction of publishing did it fit? I mean why not millions of people do it.

So is there such thing as too much editing?

The Pleasure and Pain of Writing

I have done it! I finally have published my labor of love book Angelic Confessions!

It is all surreal and only fellow writers probably can understand the tumble of emotions that are flowing through me right now. Millions of people self publish books every day so it no big thing right?


When I decided to write my mom was amazingly behind me. In truth  she liked it would keep me at home, which gave me more time to take care of her. She even offered to be my editor after I had managed to take a writing course at our local college. We all had to bring a sample of our work. I brought my sample of "Angelic Confessions" which was called "Sacred Angels" at that time. It was planned on being a comic book actually. After I read my sample the teacher goes "You know what your doing don't you?"
I was all "Yeah I guess." But I had studied the art of comic book script writing I was not aimlessly writing.

After class I told my mom  this. I think it made her curious in what was in her daughters imagination.

I was hesitant though for my writing was the window to my soul. My writing is where I laid naked, and everything was bare. Did I want my mom to see my soul? See my joy, my pain, my pleasure? In the end I let my mom be my editor to which she became my biggest fan, and supporter. When my mom passed away I did not think I could ever write again. I then thanks to a friend who was starting on writing her own book reminded me of myself and my love and passion I had for writing.  And she would of never thought of attempting writing if it wasn't for me. I amazingly inspired others to write themselves!

Now finally the book is done and it is a bittersweet moment. I wondered is my mom looking down on me. Is she proud? I'd like to think so.

Inside Guide to Self Publishing


My Self Publishing Walk-Through


Step 1. Make Sure Self Publishing is Right For You- I did not choose self publishing lightly. I researched options from traditional to vanity publishing with self publishing being in the middle. Being now that I recently gave birth to twins, and have one older child as well I really do not have time to research publishing houses, and writing agents. Research you say? Yes research. You do not just pick a agent, or publishing house then say take a look at my book please. You have review each agent, each publishing house to make sure your genre of book will fit them. That at least heightens your chance of acceptance a little better. Another reason why self publishing seems to be right for me is that my book is different. It falls in the paranormal romance genre but the PG-13 version if you will. Last reason is why not self publish? Others have done it. Why not take the chance on myself. To tell the truth I am completely terrified to do this.

Step 3. Edit Your Book or Hire Someone-  I had let my book sit for awhile as I contemplated self publishing vs traditional publishing.When I decided self publishing I knew I must edit myself unless I had the Benjamin$ to hire an editing service. If you do self edit do not just edit once, but twice, even 3 times. Let your book set for couple days between edits though so you get a fresh eyes on it every time. And let me tell you, you will probably find a mistake every time you look at it. Just keep on editing it till you find nothing left. You can then estimate you book is 99% error free.

Step 4. Start Marketing!- As of right now I have the interior of the book formatted for publishing. I next need to make a cover. I have paused right now to start marketing even though my book is not ready for sale yet. My book already has a website and follower so I updated my site and my follower.  I Twittered about it, Linkedin about it, made a book trailer. I even created a Facebook page for it!

Step 5. Well that is yet to come as I continue on my self publishing journey. Write On!
at August 24, 2013 No comments: