Book Review: Abridged Edition: Far Haven: A Quest for Certitude. A Fight for Justice (Part III of the Windflower Saga) By Aleksandra Layland

This is an abridged edition of "Far Haven: A Quest for Certitude. A Fight for Justice. (Part III of the Windflower Saga trilogy). Abridged by the author. Set in a time not now and in a world, not of our own. Centuries have passed since the Kingdom of Kimbria became a crowned republic. Peace and prosperity foster its entrance into an age of scientific discovery and early industrial development. Even so, pirates and crime rings continue to operate throughout the region, and injustice still rears its ugly head. A man sick in body, mind, and spirit stands on the deck of a steamship approaching the southern coast of Kimbria. He’s traveled far to come here. Disgraced and dishonored in his own homeland, convicted of a crime he can’t even remember, he’s lost any hope in his future. All he can think of now is silencing the screams he hears in the nightmares that disturb his sleep. Married by proxy and in name, only to a widow he’s never met, exiled from all he holds dear, he can’t imagine that the rugged cliffs before him will lead the way to love, healing, and justice.

Having read the original, I was able to read Far Haven in 2 days instead of 3 or 4…or more days. Still, I am not sure what exactly Layland took out. The story though does seem more straightforward. All the great key elements that made Far Haven so great and engrossing are still intact.

We meet Tribune Loris Kennet who gets himself quite in a pickle. Problem is he does not remember it. Others do and accuse him of a horrible crime. He is banished from his homeland. A hot mess and addicted to drugs and booze due to these horrid nightmares he has had. Loris is then for safety purposes is married off (just for appearances) to an unknown widow in another country. Kerriwen the widow though finds out his drug habit and helps to heal him. In the process, he discovers the truth behind the crime he was told he committed. It is then a quest for justice as in the midst Loris starts to fall for Kerriwen. Does she for him? You are going to have to read this epic tale yourself.

If you are worried you might not be able to follow along since its book III do not worry. You do not have to read the first two book to really understand the story. Reading them in order though tells the tale of the long ducal family line of Ansgar in their world not of our own.

Aleksandra Layland is a retired civil engineer and a federal civil servant who worked primarily for the United States Air Force as a senior installation engineering manager responsible for buildings, airfields, infrastructure, fire protection, and emergency preparedness. She also served as a Peace Corps Volunteer in the Western Caroline Islands where she helped build school classrooms and cafeterias, low-income housing, and simple village water distribution systems. Her other interests include arts and crafts, family genealogy, religion, and spirituality, fostering peace in the world, and enjoying retirement with family and friends.

Book Review: How to Draw with Photorealism: Drawing and Shading by Jasmina Susak 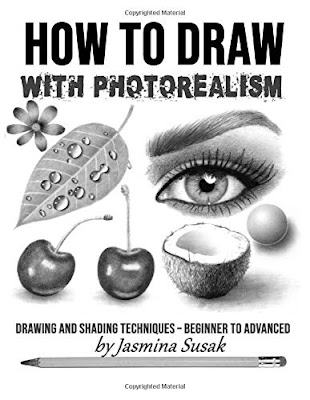 This book will help you improve your drawing and shading skills. You will learn how to apply pencils for a realistic, professional result correctly. The famous pencil artist and art teacher, Jasmina Susak, will demonstrate for you the techniques of drawing lifelike portraits and 3-dimensional objects. No matter what your experience level is, you can draw by following these easy step-by-step demonstrations. Whether you want to create drawings of fruits, learn how to draw water droplets or how to draw a face, eyes, nose, and lips, these drawing techniques and expert tips will show you how to get great results with graphite pencils.
Using her simple and unique approach to lifelike drawings, the author makes any subject approachable. You will also learn how to create smooth human skin, and straight and curly hair through the highly detailed tutorials.
In this book, you will find more than 200 high-quality images with all the visible details and written explanations for each step. If you want to take your drawings to the next level, this is the book for you. With the skills mastered from this book, you will be able to draw anything with ease, and you will be enriched with professional tips and advice that you will be able to take with you and apply to your future drawings. 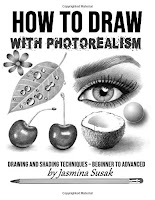 Jasmina believes everyone has the talent to draw. Some may need a little guidance more than others. Her art is so beautiful it is hard to believe! I decided to take up that challenge though. I would say I have a fair art talent, but with Jasmina’s guidance, I surprised myself once again. Her guidance is soft and kind and she gives her readers a feel of confident even though our piece may not have turned out the best on the first try. Jasmina is like the Bob Ross of art tutorials. This is why I love all her art books. She writes with such a confident tone believing in her readers, and whoever will pick up her books to learn from her. That is why her books stand out as the best from the rest. 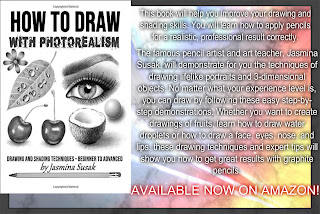 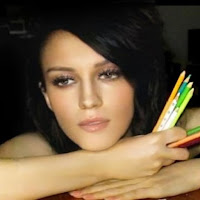 Jasmina Susak is a self-publishing author, a self-taught pencil artist and art teacher. She has sold more than 50,000 copies of her how-to-draw books, and they are translated into many languages. Jasmina's drawing videos have more than 100,000,000 views on social media, and she has more than 500,000 fans, followers, and subscribers worldwide.