BookSpotlight: Our Hearts are Blind by Hedi Sprouse


Today we are happy to be a part of R&R's Book Blog Tour once again!

Helping them spotlight. Our Hearts are Blind by Hedi Sprouse. 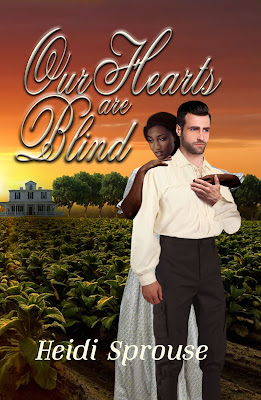 Heidi Sprouse does it again !! Our Hearts Are Blind will capture the readers attention immediately and continue holding you tight until you read the last word…..

In Our Hearts are Blind as the world is divided and in the midst of the Civil War, one family is also at war amongst themselves. Thomas Cooke is the youngest son to a rich and powerful plantation owner. Thomas and his older brother Beau have a great life….they have indoor plumbing, their house is beautiful, their closets are overflowing with beautiful clothing, they attend parties and they are loved and cherished by their parents and each other. Even though they have everything they could possibly want, Thomas cannot help but feel empty and confused.

His family is surrounded by workers, workers in the fields and around the house, maintaining the land. These workers have been a part of Thomas’s life forever but he cannot help but feel it is wrong because these workers are actually slaves…..and one of them, Caroline, has captured his heart. Thomas fell in love with Caroline when they were young and her mother would watch the two of them as she carried on her duties in the house. To the world, this feeling of love between Thomas and Caroline is wrong because Thomas is white and Caroline is black.

Thomas will do whatever it takes to be with Caroline….even leave the home and family he loves. Thomas knows that he cannot live this life anymore, it is a lie and it is tearing him up inside, he needs to do the right thing and help free the slaves even if it disappoints his family and he can never go back to his entitled life.

Follow Thomas on the hardest journey he will ever face. It will surprise the reader to see where it goes and who goes with him….. We can only HOPE Thomas gets his happily ever after.

At the sound of approaching footsteps, Beau signaled to him to be quiet. A willowy, statuesque woman in a dress the color of the heavy cream in Thomas’ morning coffee joined them, carrying a tray of chilled drinks. Her dark hair was braided around her head like a crown, one of Mama’s pink roses tucked behind her ear. Her skin, rich mahogany, glistened in the morning light. She set his heart to pounding and stole his breath away. She carefully placed a mint julep on the table at his brother’s side with a slight bow of her head, grace embodied in the form of a woman.

She slowly approached Thomas, giving him one glance of her creek-water eyes before dipping her head demurely. As she placed his drink in his hand, her finger grazed his skin. It was as if someone set him on fire. He wanted to latch on. Pull her into his arms. Set her on his lap and see if she would fit. He knew that she would. A blush seeped into her cheeks. She gave him a nervous smile and slipped away.

Beau’s eyes snapped as he set his drink down so hard it nearly shattered, “Is she what this is all about, why you are so upset? Brother, you need to stop this right now!”

Thomas shot up from his chair and made for the stairs when his mother stepped onto the veranda. Alicia Cooke somehow always managed to look cool and put together, not a hair out of place, her thick strands tucked neatly in a twist at the back of her head. Her day gown in a pale rose complemented her dark complexion perfectly. She was adept at putting out fires and unruffling feathers. Like a rudder silently at work beneath the surface of the water, she could steer her family in the right direction. She had an uncanny sense of when something was wrong. With her household, her husband, or her sons. Her forehead creased in the middle as she stopped her youngest and placed her hand under his chin. “Whatever is the matter?”

She usually had the power to soothe him. With her quiet ways, he often thought his mother understood him best. Right now, nothing would put him at ease. He pushed the air between his teeth and dipped in to give her a peck on the cheek. “I just need to go for a walk, Mama. The heat is getting to me and has put me in a foul mood.” 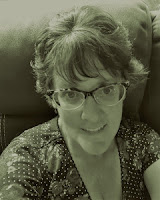 Heidi Sprouse is a resident of historic Johnstown in upstate NY and went to college at St. Rose in Albany.

Heidi started her journey to becoming an author when she was just a child. She would practice creative writing with her friends and continued to write on through college. It wasn’t until her early thirties, after her father passed away, that she began seriously penning words with the intent to write books. As an author, Heidi opens a window into her worlds of sweet romances, historical fiction, and suspense thrillers. She’s always in search of the finding the extraordinary within the ordinary; writing about strong men with old-fashioned values and the women who pick them up when they fall.

When she isn’t writing, she adores spending time with her husband Jim, her son Patrick and her furry canine kids. She also has a rewarding career as a Pre-K teacher. 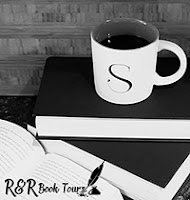