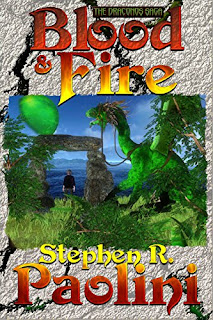 Synopsis - In a world where vampires seek to enslave humans and use them as cattle for the slaughter, one force stands in the way of their conquest.
Planet Draconos used to be ruled by dragons eons before human or vampire existed. Now commanded by the sun deity, Pyronius, the mighty winged serpents have become linked to the humans they have vowed to protect. When a dragon is hatched at the same moment a human is born, the two become life partners-dragon and rider.

Now in planet Draconos's most desperate hour, a boy is born both vampire and Dragon rider. Considered freaks, the unlikely boy and dragon are forced to live a life of exile until recent events throw the duo into the world at war.

Will Nick and Drake side with the Dragon riders and help them turn the tide of war in their favor? Or will the ancient vampire, Vlad, corrupt our heroes with the evil powers of the Ooze?

Dragons, Vampires, and Zombies oh my! That is was gets woven together in the start of this epic dark fantasy tale by Stephen R. Paolini. Think of it this way Blood and Fire: The Draconos Saga Volume 1 is Stephen King meets J.R.R. Tolkien. That may not even a good analogy. Imagine " Said fantasy dragon story” dipped in a vat of “30 Days of Night” and you kind of get Blood and Fire: The Draconos Saga Volume 1. It is an intriguing mix to say the least. You are maybe not quite sure, but then you take that bite and it turns out to be pretty good and soon you have discovered you ate…or in this case read the whole thing up. If you are a lover of dark fantasy you will gobble this book up.

Most importantly I was immensely impressed with Paolini’s battle scenes. They were darkly gruesomely written . I cringed a little reading each detailed bone crushing action of the battles feeling envious wishing I could write a battle scene like that. It was just brilliant. A perfect picture in my mind.

The fantasy planet world Paolini lays out is detailed yet simple. With some writers their big goal is crafting an overly detailed world making it so believable that this place could possibly exist somewhere, then when it comes character time they just plop in some characters in part leaving you with 2-D secondary characters. Paolini did the opposite. While his world is perfectly sound his main focus is his characters. Paolini has good character development. I enjoyed his take on the dragon/human relationship it worked well. It was believably felt. Paolini's characters are strong, likable and unlikable. The moment where Nakira remembers losing her dragon was eloquently written and felt. It would not of happened if his characters were not so deeply developed that I the reader would feel as well the sting of that characters painful memory. Still, though I wish for a deeper crafting of his planet world. Draconos just seemed so small, and made me wonder more about the world I was in. Stephen R. Paolini was born in San Diego, California to parents Beatricci Paolini and Marco Paolini. He spent his childhood playing with Star Wars toys, watching Twilight Zone, and reading a variety of novels and short stories in the genres of fantasy, science fiction, and (later) horror. Blood and Fire: The Draconos Saga Volume 1 marks Stephen's first self published e novel. He drew his inspiration for the Dragon Riders from the works of Anne Mc Caffrey. Her Dragon Riders of Pern series is one of his favorites from his Junior High through High School years.

Also a fan of everything vampire, Stephen loved watching films such as Bram Stoker's Dracula, the Blade trilogy and even Underworld. Van Helsing with Hugh Jackman also tops the list.

Stephen loved the idea of a war between vampire and another supernatural race of creatures, though he felt that the whole vampire versus werewolf thing had been played out. Remembering how much he enjoyed The Dragon Riders of Pern, Stephen started to create in his mind the world of planet Draconos.

This would become the setting for his exciting new dark fantasy series. Hopefully, readers will find the premise new and unique...            Follow Paolini @ Author Central on Amazon
at August 29, 2016 No comments: 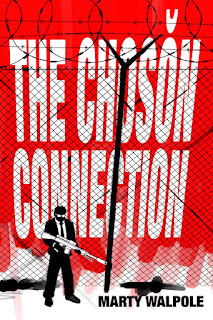 For Sarah Kimble, a quick excursion to North Korea’s capital of Pyongyang, seemed like a great idea until she took photos of someone the North Korean Security Service didn’t like and arrested her for spying. Sarah is transferred to a gulag on the other side of the country. Meanwhile, a senior member in the US State Department fed up with American tourists being detained by the North Koreans, contacts Secretary of State Hamilton and Carl Benson - Director of the CIA. Peter Kelly, a contract assassin for the Agency is brought in. His mission: to enter North Korea covertly and, if possible, get Sarah Kimble out. Together with his Japanese/American partner, Yuki Cassidy, Kelly travels at night to North Korean coastline by fishing trawler and enters the country. While making their way to the gulag, the pair come upon a truck carrying American Tomahawk missiles. Now the hunt is on, for the person who sold the North Koreans American weaponry. 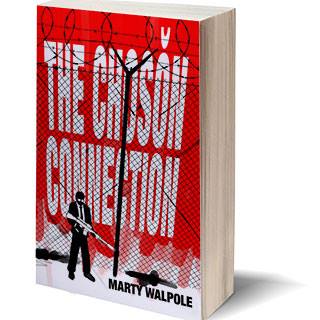 The Choson Connection by Marty Walpole is an amazing suspense thriller of catch me if you can, and cat and mouse all rolled into a one! This whirlwind thriller will send your jaw dropping. If you like the likes of Jason Bourne, or Enemy of the State you will enjoy The Choson Connection.
Walpole’s delivery is excellent as the story traverses between his calculatingly intense no nonsense characters. Walpole’s characters are written real and unapologetic(Yuki Cassidy need I say more?) Sometimes you got to be bad to be good. Walpole’s writing flows effortlessly as Walpole leads you all over the world on this breathtaking ride. The book plays out like a blockbuster movie in your head.  I am not usually a suspense thriller reader, but this book had me hooked. You think you know what's going to happen then Walpole pulls the proverbial rug out from under you many times through out this book making your head swirl. It's a good thing trust me. If you are a suspense thriller lover I eagerly recommend reading The Choson Connection. 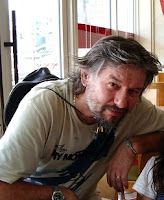 
Marty hails from the small nation of New Zealand. He now lives Osaka, Japan with his Japanese wife and two children. Marty began writing in his late teens and has kept it up all through his life. He has written for various blogs, websites, and small local news outlets. In 2011, Marty set about to write his first novel, ‘Giselle and the Fate of Wahine.' Recently he completed his second book, ‘The Choson Connection’ and is now beginning a new writing project.