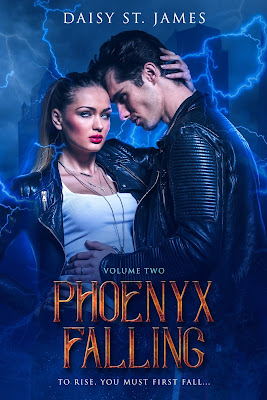 Jane Grimshaw, aa. The , has made a name for herself in Crystal Haven that strikes fear and respect whenever it’s whispered. Raised as a cut-throat assassin by her Uncle Hutton, she is not a wielder of weaponsshe IS the weapon. When dormant powers surface after a steamy hook up with gorgeous and angst-ridden vampire, Judas, Jane finds herself embroiled in a world filled with witchcraft, danger and lust.
You can abandon family—but you can’t escape blood.
Family bloodlines are pulsing through her veins, thrumming with powerful magic and sensuality. When Jane discovers that her biological father is a high-ranking hybrid, she can’t imagine things getting any worse. However, dark creatures are gunning for her at every turn—hunting her down at the behest of Lilith, a sister she never knew and Spider, a vicious vampire and leader of a local MC. Behind the scenes, over by another undead, a mysterious vampire hell bent on finding his way into her heart even if it means giving up on everything he’s ever known. With great power comes great promise, higher risks, and the threat of betrayal.
Standing at the precipice of a new life, one thing becomes abundantly clear…
To rise—you must first be willing to fall.

Phoenyx Falling bursts into flames the moment your eyes touch the first page.


Volume 2 tears right in where volume 1 Phoenyx in Flames left off, and the sexy action mounts up as Jane "Phoenyx" Grimshaw learns cutting truths and startling revelations amongst the hot steamy succubus, vampire, magic action! What happens when you learn the very thing you are fighting against is the very thing you are?

This book is totally kickass! If you are an avid urban paranormal or paranormal romance lover you will devour this book! Phoenyx Falling left this fangirl giddy with delight.

St. James writing is truly captivating and sexy. Each line is filled with importance, and excitement so there is never a dull moment in this read so enjoy the ride. 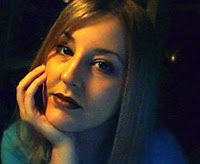 Daisy always dreamed of becoming a writer. From the moment she picked up her very first romance novel at the tender age of twelve, she was hooked. As she got older and more ambitious, she wrote her first Young Adult novel, which promptly got devoured by her temperamental Hewlett-Packard. Since then, she's learned a lot about crafting an engaging story to captivate readers - and how to back up her work to avoid utter devastation at the hands of technology.
Daisy lives mostly in her head but calls beautiful Montreal, Quebec her home. She spends her days as a stay-at-home-mom/voice-over artist and lives to make her family as happy as she possibly can! She spends her time daydreaming up sassy heroines and hot heroes. Paranormal Romance is her life.
Her husband is the man of her dreams and you’ll find a little bit of him in every Hero she writes. Most of her Heroines have a little bit of her in them as well. In doing so, she’s made her love for her husband immortal.