Book Review: The Hiders in Darkness by Paul Kocourek 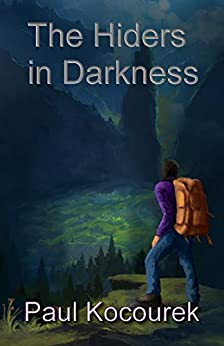 A WORLD OF MONSTERS…

Bored Ronald Thorn longed for some adventure, and so joined his outgoing friend David Corey on a vacation camping trip.

But he never expected to hike his way into a strange world with a twilight sky and a pale white sun. Here, strange savage beasts made fortified cities the only safe refuge.

In all this, the last thing he expected was to meet a beautiful but endangered princess. Unfortunately for him, Ron unwittingly returned to Earth and now must somehow find his way back to that perilous world to rescue her...

The Hiders in Darkness is a fantasy lovers’ tale. In it, we meet Ron Thorn your average guy, at your average job who is contemplating the lack of excitement in his life. When his best friend David invites him to go on a hiking trip with him to get some excitement in his life Ron begrudgingly agrees. He soon regrets it though as David leaves Ron in the dust. Trying to catch up Ron gets caught in a strange fog that rolls in from down the mountains. Trying to keep his bearing he comes out finding himself in a completely unfamiliar world called Fefn’la filled with dangerous creatures and a beautiful woman he remembers from his dreams, and who nearly kills him. Stating she is a princess running from an evil cult the Saa’maa who wants to gain power Ron promises to return her to her father. In their journey feeling grow between the two. They are ambushed by some bounty hunters hired by the Sa’maa forcing Ron to get separated from his princess and somehow stumbling back to the earth realm. Unable to get the princess out of his mind Ron sets out to find Fefn’la again now with his friend David in tow. They both find the portal back but get separated shortly after both embarking on an adventure of a lifetime. They then reunite later for a battle for all of Fefn’la and the hearts of the maidens.

Kocourek writing with the warming of C. S. Lewis The Chronicles of Narnia with his subtle hints of Christian symbolism. This symbolism permeates deeper near the climax in an effortless blend of fantasy and Christianity. His characters written modernly with a sense of humor and are just great. David and Ha’ cah is my fave and they steal the scene every time.

As for the namesake of this book The Hiders in Darkness they sort of play as a background boogeyman haunting the characters throughout the book. They come out from their hiding later surprisingly playing an important part. Hiders in Darkness was enjoyable fun to the end. 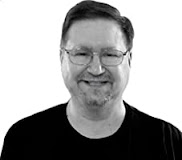 Paul has a background in computer programming and network administration and is an author of 3 books including The Hiders in the Darkness. For more information follow Paul on Goodreads and all his books.
at July 06, 2020