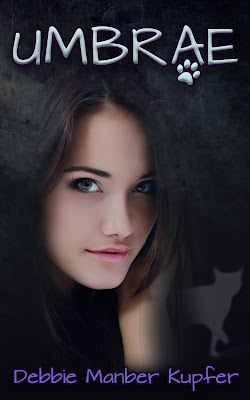 Miri’s world at P.A.W.S. in St. Louis is falling apart. First, Danny is accused of stealing her opapa’s charm. But before he can defend himself, he mysteriously disappears. Miri seeks Josh for help and advice, but he too has gone missing.

Then Lilith has a vision – Miri dragged away by wolves. Miri needs answers, answers that she feels sure are hidden in the blank pages of the book of Argentum.

With the help of Lilith, she travels to the ancient city of Safed. There, with the aid of a mystical rabbi and an outspoken werecat, her omama’s story is slowly revealed. And Miri uncovers something else, a world hidden deep beneath our own – the labyrinth of shadows also known as Umbrae.

JOIN THE TOUR!!! UMBRAE is going on tour all March long! Click on UMBRAE  for the schedule of all the awesome stops along the way. They'll be interviews, character meet and greets, snippets and more! Also join the event on FACEBOOK with games, prizes and more!

Debbie Manber Kupfer brings the magic back to reading in her latest installment in the P.A.W.S. saga, UMBRAE.

WONDERFUL! CAPTIVATING! BRILLIANT! Are the few words I have to say about UMBRAE.
I have never found a book so well written and engrossing in a while. As the title suggests Kupfer leads us deeper into her shadowy world of shapeshifters, Animal changing magic charms, werecats, and more in her third book to her hit teen/young adult book series The P.A.W.S. Saga.

Having read the first book (P.A.W.S.) and picking up in on the third book was not that hard to do. I found falling back into Kupfer’s world like falling back into an old lover’s arms. Kupfer writing is comfortable vivid and alive changing character personalities with ease. There are writers in this world and then there are storytellers that lock you into their magical web for hours. Kupfer is one of those storytellers. You will soon forget you are reading and become lost in UMBRAE.

Get your paws on the other P.A.W.S. saga books. 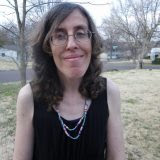 Debbie Manber Kupfer grew up in London and lived in Israel, before somehow ended up in St. Louis, where she works as a puzzle constructor and writer. She lives with her husband, two children, and a very opinionated feline. She is the author of the P.A.W.S. Saga and has short stories in several anthologies including Fauxpocalypse, Shades of Fear, Sins of the Past, and Stardust, Always. She also created the puzzle book, Paws 4 Logic together with her son, Joey. She believes that with enough tea and dark chocolate you can achieve anything!