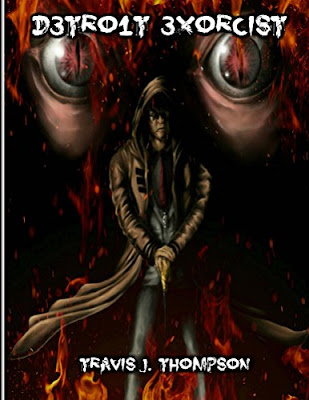 As an exorcist in one of the most dangerous cities in the world, Byron Smoke has faced down all manner of evil spirits and demonic entities. When he breaks his cardinal rule, to never let a client into his world, he is drawn into his wildest mission yet. One that will bring him to the gates of Hell… and beyond. 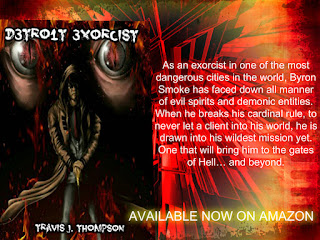 In seeing that this book was a comic book and being a former comic book collector in the past my inner geek girl took over and happily snatched this book up to read. Now was the former serious comic book collection disappointed? NO WAY! Detroit Exorcist was a fun read and has all the elements you love in a comic book. Great storytelling that leaves you sad and wanting more and nice artwork.  It was too quick of a read and I so wanted more.

The plot is we meet Byron Smoke and he is Detroit’s number one who you are going to call Exorcist. He’s got some supernatural powers too that I hope they go more into detail on how he got. Anyway, he happens to see his boss’s daughter and kid are possessed and helps them out, which leaves the boss curious in what he does side and when he gets a call at work from his other job she wants to tag along which ends up with Byron making a deal you have to read to see. Thompson and Aprilio are a magic combination. 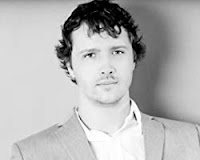 Born in Oakland County, Michigan Travis's father owned a small comic book and card shop when he was younger, which got him into writing and creating his own comics. Travis Went to college and studied to become a Physical Therapist Aide, a Computer Animator, and Business Manager, but found his true passion at 23, writing and creating books/graphic novels. Lastly, he's a Michigan man, he supports Michigan business and all of the sports teams. Though he's traveled around the United States he claims there's no place like home. 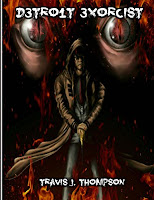 Born in Jakarta, Indonesia Hafiz he began drawing as a child and now drawing is a part of his life. He says, "In Indonesia, many people decide to ignore their true passions and choose to work in industries. Not because it's what they want to do, but because they're forced to work themselves hard and give up on what they love. I've tried working in industries but it was like being someone else. So now I've decided to follow my heart. Hopefully, we succeed so I can inspire others and tell them you can survive if you are following your dreams and your heart."  He is currently married with a wife and daughter.