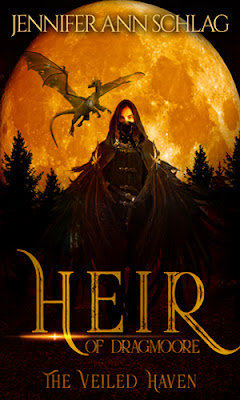 Adventure on the sea with sea witches, sea beasts, and paradise-inspired lands. Caught inside a love triangle with no happy end. An ancient place that few have seen. The Veiled Haven is full of twists and turns, deception, and untamed darkness. Proving her innocence will be the least of her problems

Talen plans to become a master trainer of animals and leave her farm life behind her. That is, until, her father is implicated in the death of a mother dragon and her infant. She finds the infant dragon alive and presents it to the king in hopes of her father being set free, only to be accused of harboring a magical beast—an offense punishable by imprisonment.

Prince Remy imagines that he is anyone but a prince who will be forced to marry and inherit the throne. Knowing he can’t have both his freedom and his father’s respect; he decides to leave behind the royal life. However, when the opportunity arises for him to achieve what he desires, he accepts the challenge and stumbles upon a secret to his lineage that will change the entire kingdom.

Talen and Remy find themselves walking the same path. Leading them straight into The Veiled Haven, a place where intrigue, desire, and mayhem rule. They must find a way to navigate through the dark temptations that wait to prey upon them. Can they trust each other enough to survive the journey? Or will the temptations be too great that they succumb to the darkness within? 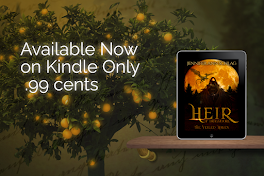 Fabulously enjoyed! Schlag designs a believable world for her readers that sucks you in a magical love triangle (Or is it quadrangle) and adventure. In Heir to Dragmoore, we are introduced to the kingdom of Dragmoore that seems to be founded on a sinister secret. So sinister that they had the whole village memory wiped. Secrets never stay buried as we know.

When one of the sacred beasts a dragon is killed King Tully's best friend and Hunter protector Gavin is blamed. Talen Gavin’s daughter then sets out to The Veiled Haven to prove her father’s innocence, and that she is a Master. What unfolds are more secrets revealed, but who is telling the truth? Who possesses Talen’s heart?! The action and drama make me think of an episode of Xena Warrior Princess. Schlag writes strong female characters and a story with a serpent’s temptation that is so sexy good!

I enjoyed how she mixed medieval with hints of Greek mythos too. Schlag also developed one of the most amazing love triangles I have ever read! I don’t know who to root for? Consider me invested in this series now. 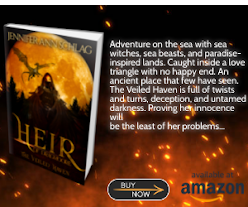 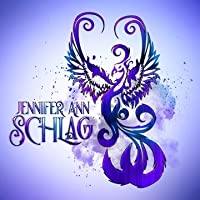 Jennifer Ann Schlag is a USA Today Bestselling author who takes reality and smashes it into fantasy and lets things fall where they may. She is from New York and wouldn't want to live anywhere else. Before becoming an author, she wanted to be a filmmaker, and even considered becoming a scientist. All of her books have been in the top 100 of multiple genres on Amazon, and the boxed set she was in reached #127 on the USA Today Bestselling list. She wrote short stories as a kid which led her to writing screenplays, and eventually novels. Inspiration comes easy to her and she is thankful for a very over active imagination so she can keep up with her crazy characters.

When not writing, she can often be found sitting by the water taking sunset pictures, while also tuning up our old-aged philosophical questions. She has an infinite amount of love for animals, especially wolves. She donates to various animal charities and is known for having a wolf present in some of her stories. Much like the phoenix rises from the ashes, Jennifer doesn't see failure as the end; but as the beginning of something new.

To receive all the latest on her books and upcoming projects, sign up for her newsletter at www.jenniferannschlag.com.