BOOK REVIEW: The Hiders in Darkness 2: The Great Forest by Paul Kocourek 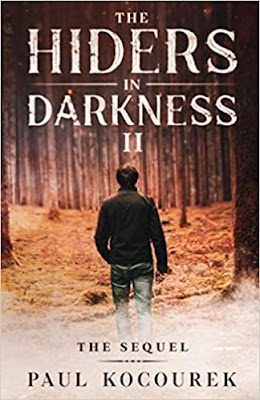 Jack and Jill Long are fraternal twins hiking up a dormant volcano. A mysterious fog coming down the slope overtakes them, and they emerge in a strange hostile world not of Earth. They unavoidably get separated when a dragon-riding people capture Jack and order him to awaken a legendary goddess for whom they have waited for thousands of years, a goddess they call, She-Who-Cannot-Die. Problem is, you can't awaken a dead person, and they will kill him if he fails!

The dragon killed Jack, thought Jill. Without her brother, she felt trapped and alone in this hostile world. What can she do? In a chance meeting, a party of sword-and-armor warriors befriend her. However, destiny is inexorably moving Jill to meet the terror of the Hiders in Darkness.

“Like an elemental force, like the quaking of the land and the roar of the volcano, no man stands against the Nihaar, the Dread Hiders in Darkness.”

The Hiders in Darkness 2: The Great Forests returns us to the world out of time where monsters roam Fefn’la. This time around we are introduced to two new characters. The dynamic twin's Jack and Jill (yes, there is a running joke throughout the book on their names.) get swept into the mystical land of Fefn’la. Just like with Ron and Corey (who have a nice cameo in the book.) of the first book Jack and Jill are torn apart. Separated Jack finds himself with the tree-dwelling Tha’cardian’s who worship the mysterious She-Who-Cannot- Die and Jill with a group of traveling warriors and a soon-to-be reformed Saa Maa priest. They all soon reunite though to rise together to defeat the threat of the ever-rising cult religion of the land the Saa- Maa once again.

They say the squeal is always better and Kocourek does not disappoint. The Hiders in the Darkness 2 takes you on an action-packed fantasy adventure. The new characters Jack and Jill are a thrill and fun to follow. The only downside is they are just too good at everything! Going into the magical Fefn’la only amps their skills more so that they are almost are bow down to worthy. Yet Kocourek fills them with humble humanness too. Stuck this strange volatile land it tests their faith as well as their will. Filled with fantasy adventure and a message of God's love The Hiders in Darkness 2: The Great Forests is an amazing read that you will be surprised you love! 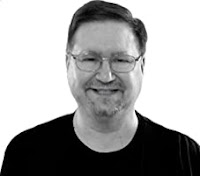